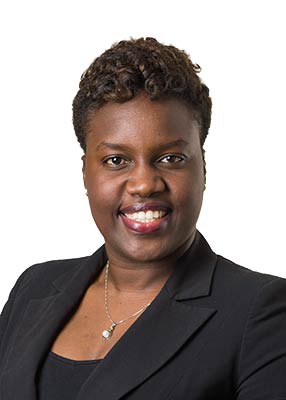 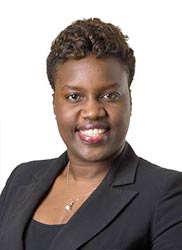 Shena-Ann is an Associate in our Litigation Department where she advises and represents commercial clients on an extensive range of matters which include:  employment matters, insolvency proceedings, arbitration claims, receiverships and other enforcement proceedings. She joined the firm in 2010.

Shena-Ann obtained an associate degree in law and history from the Barbados Community College and was awarded a Barbados Exhibition. Thereafter, she attended the University of the West Indies Cave Hill and graduated with a Bachelor of Laws degree (Hons.) in 2008 .

In 2010, she was admitted to the Bar in Barbados after obtaining her Legal Education Certificate from the Hugh Wooding Law School. While at Hugh Wooding, she was also included on the Principal’s Roll of Honour and was awarded the Seebaran & Co prize for the best performance in the family law clinic.

In 2014, Shena- Ann completed a post-graduate degree in commercial law from the University of Cambridge as a Cambridge Trust and Chevening Scholar.

Outside of the firm, she is currently:

a part-time member of the Faculty of Law, University of the West Indies, Cave Hill,

a Law Reform Commissioner; and

a member of the  Core Working Group to Assist the Office of the Supervisor of Insolvency in Reviewing Barbados’                Insolvency Legislation.

In addition, she has authored a paper on Child Protection in Barbados for UNICEF and the Barbados Family Law Council and has also contributed to the 2016 and 2020 World Bank publications entitled “Women Business and the Law”.